Voilah! French-Singapore Festival is back this year bigger and greater than ever. The Embassy of France in Singapore together with close to 100 programme presenters, sponsors and supporters have a rich calendar of more than 50 France-Singapore programmes that provides delightful and innovative experiences from 3 October to 17 November. 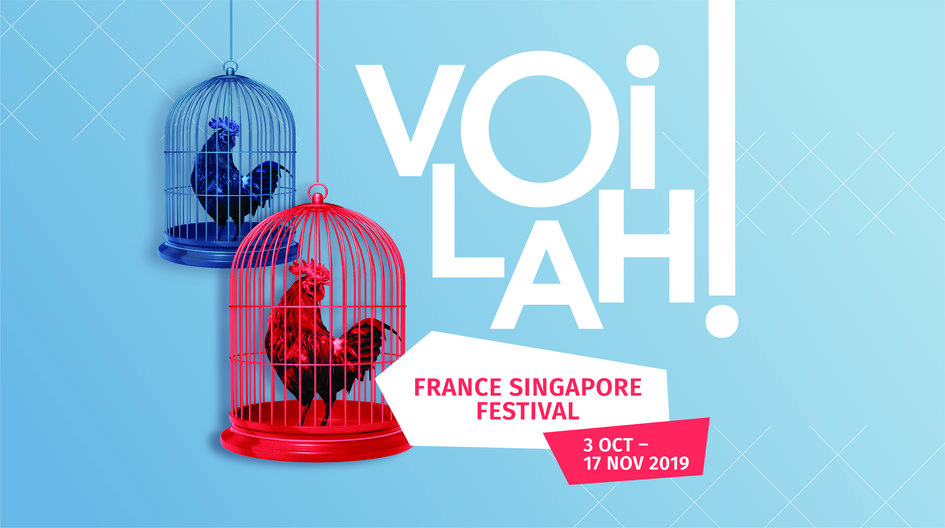 Beyond immersing visitors in the multi-faceted aspects of French culture, the re-imagined festival now serves a wider mandate to bring France and Singapore partnerships across different domains to the fore, bridge the two communities and spark greater collaboration opportunities. The unprecedented number of programme presenters will drive all events that will welcome everyone in Singapore and visitors around the region.

The new direction for Voilah! pays tribute to the long-lasting partnership between France and Singapore that saw the fruition of several collaborations. It comes amid a backdrop of several important milestones in the France-Singapore relations, including the 20th anniversary of the French Double Degree Programme - the longest running academic collaboration between France and Singapore, the 30th anniversary of cooperation in heritage, 35th edition of French Film Festival, 70th anniversary of the Alliance Française in Singapore and 200 years of cooperation in natural history since two French naturalists – Pierre-Médard Diard and Alfred Duvaucel – accompanied Sir Stamford Raffles on his landing in Singapore in 1819.

The Ambassador of France to Singapore, Marc Abensour says, “Voilah! attests to the ties forged between our two nations and the diverse line-up is a celebration of the strength of our friendship through the decades-worth of close collaboration across various sectors. This is why we believe the festival belongs to Singaporeans as much as it does to the French, and we hope to grow Voilah! as an avenue for new ideas that can only be made possible when our communities get together.”

In addition to the partners, Voilah! is proud to announce the veteran stage and screen actress, Janice Koh as this year’s patron for the festival. Well-loved by local theatre and television audiences as well as fans of the blockbuster film Crazy Rich Asians, Janice has also starred in The Reunification of the Two Koreas, a 2018 co-production between TheatreWorks Singapore and the Centre Dramatique National de Tours. The acclaimed play written by French playwright Joel Pommerat was directed by French director Jacques Vincey, and played to audiences in both Singapore and France.

Janice says, “Having had the privilege of working in a production that involved both Singaporean and French partners, I have personally experienced how cultural collaboration can provide valuable platforms for dialogue and exchange, and ultimately help in bridging different communities. I look forward to the exciting programmes that have been put together for Voilah! 2019, and hope it will encourage more creative and synergistic partnerships, while celebrating the best of France and Singapore.”

An extravaganza to pique every curiosity

Voilah! 2019 is presented by the Embassy of France in Singapore and supported by close to 100 Singaporean and French institutions. (Pictured in centre: The Ambassador of France to Singapore, Marc Abensour)

Voilah! 2019 presents a vast spectrum of more than 50 programmes that spans across various fields from culture, education, science, lifestyle, tourism, to sport. Each programme of this multidisciplinary festival is co-produced by a local partner and, collectively, they seek to tantalise the senses of every festival-goer.

Additionally, Voilah! 2019 will also see the inclusion of the long-running French Film Festival. Capturing the best of French storytelling in film, it will showcase more than 25 movies fresh from the French box office that will appeal to every type of movie-goer. Presented by the Embassy of France, in collaboration with local distributors and partners (Shaw Organisation, Alliance Française, The Projector, People’s Association, French School Singapore), the longest-run foreign film festival in Singapore will take place from 4 to 17 November. More details of the line up of films will be announced closer to date.

For more information on the festival, please visit https://www.voilah.sg/ .