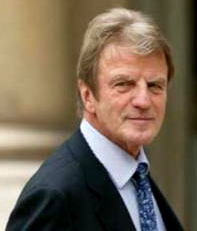 He has visited Singapore on 29 October and then Thailand on 31 October for consultations on the situation in Myanmar. He has met Singapore’s Prime Minister Lee Hsien Loong, Foreign Minister George Yeo, as well as UN Special Envoy Ibrahim Gambari. He has met Thailand’s prime minister and foreign minister during his trip. He also had meetings with refugees and Burmese opposition members in exile. 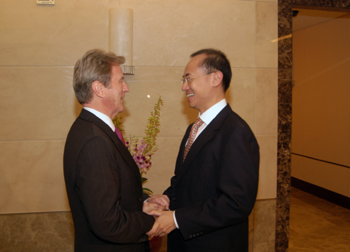 This visit aims to reinforce the international mobilisation against Myanmar and to support the mission of UN special envoy, Mr Gambari. It has also gathered the opinions of Singapore and Thailand and on a bigger scale, that of Asean on the conditions of a real process of dialogue and national reconciliation in Burma. France is convinced that neighbouring countries of Burma, notably the member countries of Asean, have an essential role to play in continuing to exert international pressure on the junta.The visit to Singapore - the current chair of Asean - was in addition, the occasion to touch on the issue of the next Asean summit and notably the next Asean-EU summit.

Mr Bernard Kouchner has then visited China from 31 October to 1 November for meetings with the Chinese authorities.