Mr. Teo Chee Hean, Minister of Defence of Singapore, has made a visit to France from 1 to 5 April 2008.

Mr. Teo first went to Toulon where he embarked on board the fregate RSS Intrepid of the Singaporean Navy which was on training and test missions in the Mediterranean Sea. He then visited Cazeau where he met with the 150 members of the Singaporean Air Force’s fighter squadron currently training at the French Air Force base. 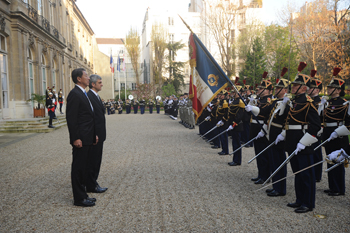 Mr. Teo then met with Mr. Hervé Morin, the French Minister of Defence, to whom he has renewed the satisfaction of the Singaporean government for the quality of the defence relation between the two countries. The French Minister reiterated his intention to visit Singapore on the occasion of the Shangri-la Dialogue scheduled at the end of May 2008. 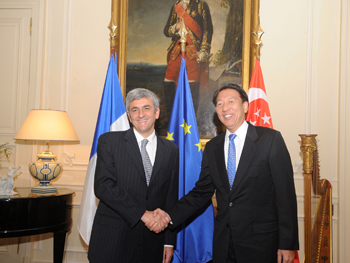