Mr. Lee Hsien Loong, Prime Minister of the Republic of Singapore, has concluded an official visit to France from 21 to 23 January. He was accompanied by Mr. George Yeo, Foreign Minister, and by Mr. Lim Hng Kiang, Minister of Trade and Industry. 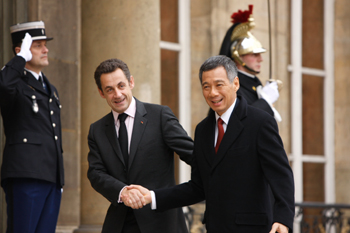 On Monday 21 January, following a meeting and luncheon at the French Foreign Ministry with Mr. Bernard Kouchner, Minister of Foreign and European Affairs, Prime Minister Lee Hsien Loong was received for an audience with Mr. Nicolas Sarkozy, President of the French Republic, and had a meeting with Mr. François Fillon, French Prime Minister. 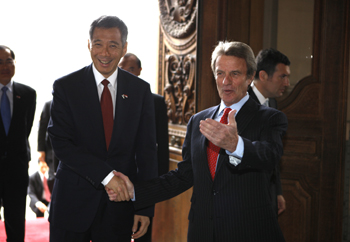 On Tuesday 22 January, he met with Mr. Bernard Accoyer, President of the National Assembly, Ms. Christine Lagarde, Minister of Finances, Economy and Employment, and Mr. Hervé Morin, Minister of Defence. 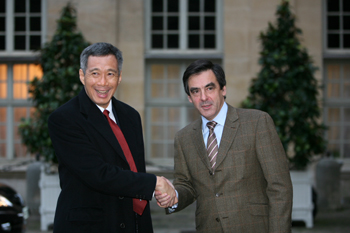 The visit has been an occasion of continuing the excellent dialogue that France and Singapore maintain on regional subjects such as Burma and ASEAN, which is currently chaired by Singapore, as well as on worldwide issues such as the current international financial situation.

It has also allow the reinforcement of bilateral ties, which are already very dense, in the political, economic, social and cultural fields.

Singapore is in fact France’s first trade partner in Southeast Asia and one of the very first destinations of French investments in Asia.