Admiral Alain Oudot de Dainville, the French Naval Chief of Staff, visited Singapore on 30 and 31 March at the invitation of Rear-Admiral Ronnie Tay, Chief of the Singapore Navy. 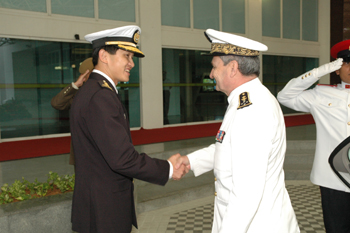 During his trip to the city-state, Admiral Oudot de Dainville met Mr Teo Chee Hean, Singapore’s Defence Minister, and the principal military authorities. He visited the Changi Naval Base and the multipurpose RSS Formidable frigate. The issues of operational cooperation, maritime protection and security in the straits were raised during the meetings. 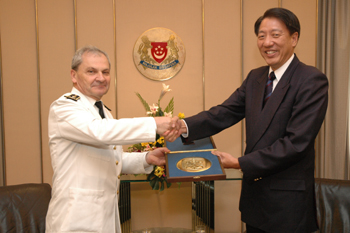 Rear-Admiral Ronnie Tay had previously made an official visit to France in late November 2006.