Ramen Teh is a Japanese-Singaporean-French movie directed by Singaporean Eric Khoo, showcasing both the delights of Singaporean and Japanese food through the journey of Masato, a young man traveling from Japan to Singapore to meet his lost relatives. In cinemas in Singapore on 29th March! 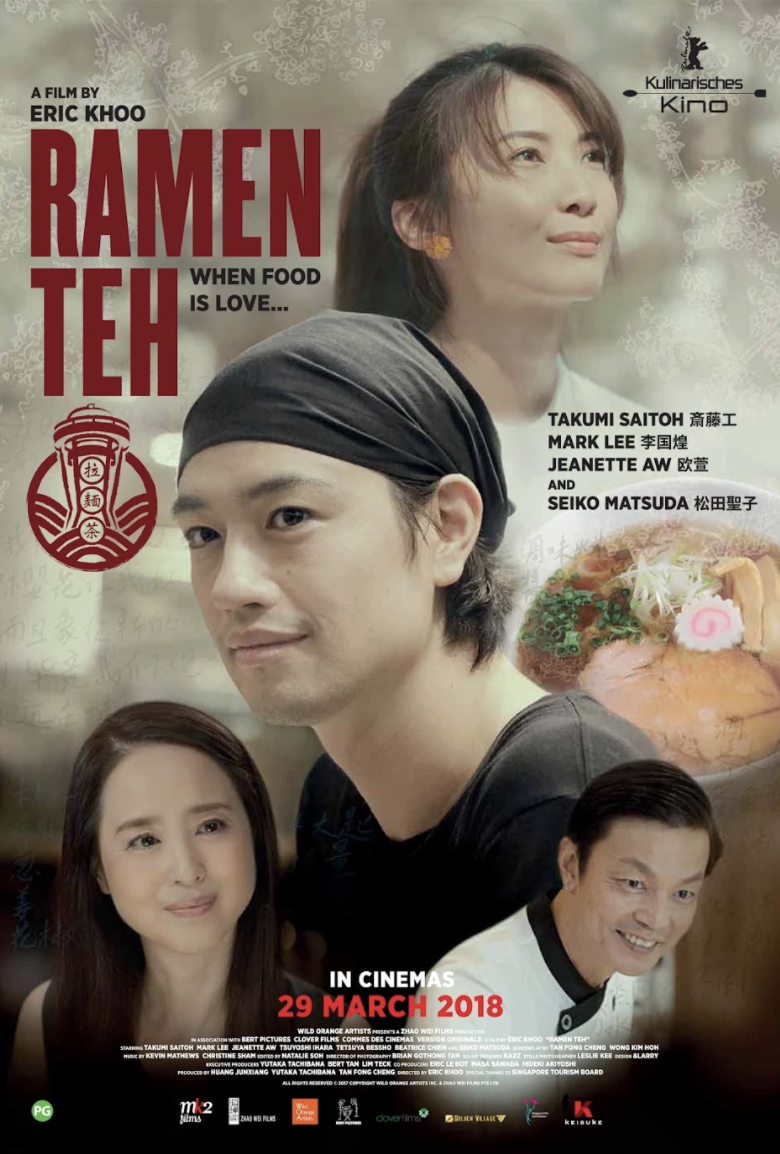 This movie is showing an emotional journey about family through the taste of different food. The title Ramen Teh is a fusion between the japanese famous ramen and the Singaporean soup Bak kut teh. It will be released in cinemas on 29th March!

Synopsis: Masato (Takumi Saito) helps his father Kazuo (Tsuyoshi Ihara) and uncle Akio (Tetsuya Bessho) run their family ramen shop in Takasaki, East Japan. He’s resentful of his father, who became workaholic and distant since his Singaporean wife Mei Lian (Beatrice Chien) passed away. When Kazuo dies from a sudden stroke, Masato decides to go to Singapore, where he was born and raised as a child.