Home > Bilateral Relations > France-Singapore Year of Innovation > Newsroom > Launch of "FrenchLab Singapore" to bring together the French scientists in (...)

French Lab Singapore was officially launched on 27 September 2018 at a reception at the French Ambassador’s Residence with more than 80 guests from the scientific community and academic circle in Singapore.

French Lab Singapore is a joint initiative established by the French Embassy in Singapore, the French Chamber of Commerce in Singapore and the French National Centre for Scientific Research (CNRS) in the framework of the France-Singapore Year of Innovation; the objective being to bring together the French scientific community and researchers based in Singapore and to intensify the interactions with the local and French ecosystems in order to generate new collaborations between our two countries. 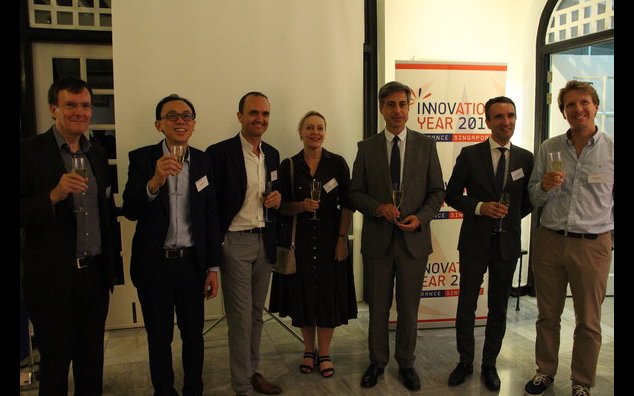 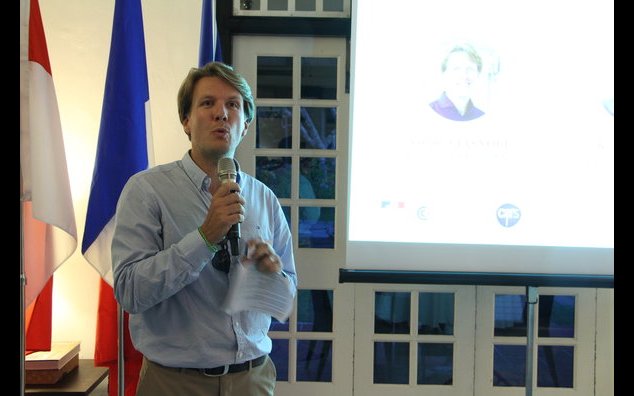 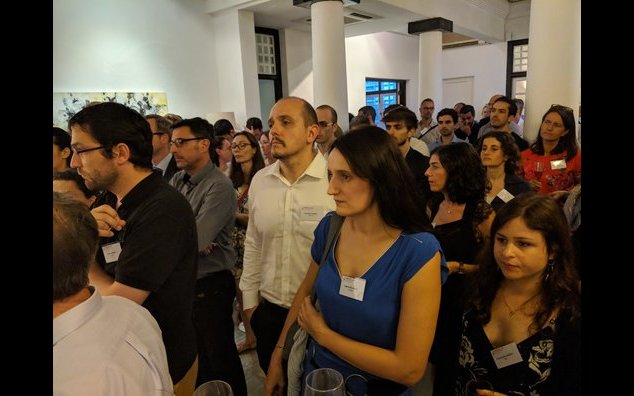 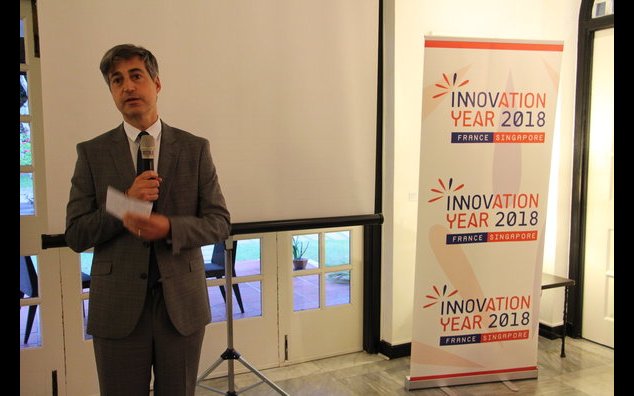 French Ambassador speaking at the launch of FrenchLab Singapore 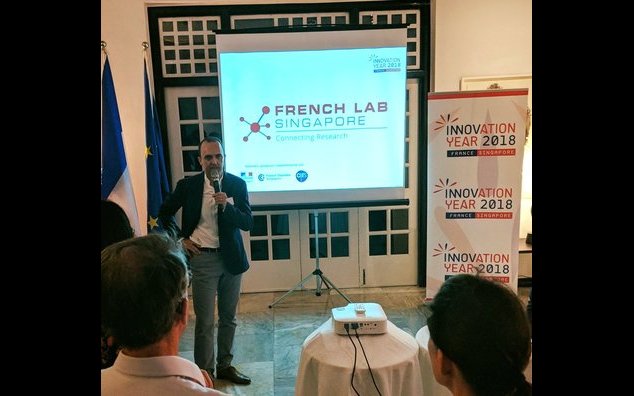 These French scientists and researchers, who number more than 250, work for local and French universities and research centres (for the majority) and for large industrial companies who have set up their R&D or Innovation centres in Singapore.

Eventually, the French Lab Singapore will offer this community tangible tools such as a platform for discussions and exchanges to initiate collaborations, carry out recruitments or disseminate information through a newsletter to reach the French scientific community in Singapore.

Speaking at the launch, the Ambassador of France to Singapore, Mr. Marc Abensour noted : “The French Lab Singapore initiative dovetails perfectly with the continuation of the already rich and fruitful scientific collaboration between our two countries. The France-Singapore Year of Innovation allowed our two ecosystems to be brought closer together and to develop new collaborations in the areas of the future such as artificial intelligence or the circular economy. I am convinced that the French Lab Singapore will benefit from this dynamic and be the unifying relational platform to strengthen relations between France and Singapore.”

The CNRS supports the initiative and believes that the French Lab will make the Singaporean research and innovation ecosystem even more dynamic and attractive. For information, the CNRS is the partner of four UMIs (International Mixed Laboratories) in Singapore, in which is based its regional office for ASEAN; this places Singapore in third place worldwide for the number of UMIs.