Mr. Gérard COLLOMB, Minister of State, Minister of the Interior, met with his counterpart Mr. Kasiviswanathan SHANMUGAM, Minister of Home Affairs and Minister of Law of Singapore on Thursday 26 April 2018.

After a fruitful meeting, especially on the state of the terrorist threat in Europe and Asia, Minister Gérard COLLOMB and Minister Kasiviswanathan SHANMUGAM signed an Administrative Arrangement between France and Singapore whose purpose is to mobilize the knowledge and know-how of both countries in the field of Science and Technology applied to the fields of internal security.

This agreement confirms the strategic rapprochement started in 2017 between the two countries through, for France, the Ministerial Delegation for Security Industry and Cyber Threats (DMISC) and for Singapore, the Office of the Chief Science and Technology Officer of the Ministry of Home Affairs.

The stakes of this bilateral cooperation are numerous. Beyond the exchange of good practices that this arrangement will enables, it will also promote significant synergies as well as the pooling of research projects in innovative areas such as video surveillance, virtual reality applied to the training of internal security forces or even artificial intelligence.

A Steering Committee will focus on the work of the project teams to which state and industry stakeholders from both countries can be associated. The fruits of their research should lead to innovative technologies as well as concrete operational solutions for the French and Singaporean internal security forces.

Mr. Gérard COLLOMB and Mr. Kasiviswanathan SHANMUGAM confirm their commitment to the fact that cooperation between the two countries could effectively fight against all forms of organized crime in general and against terrorism in particular. 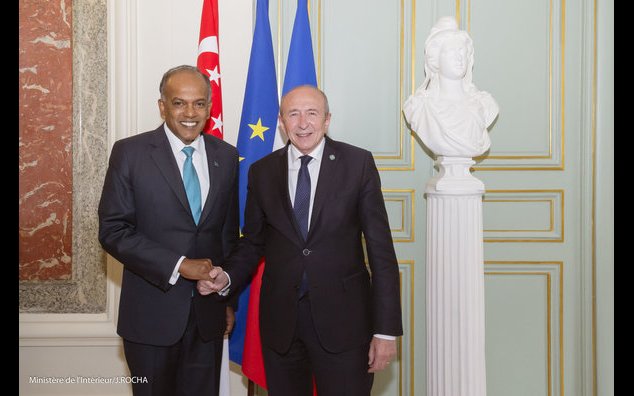 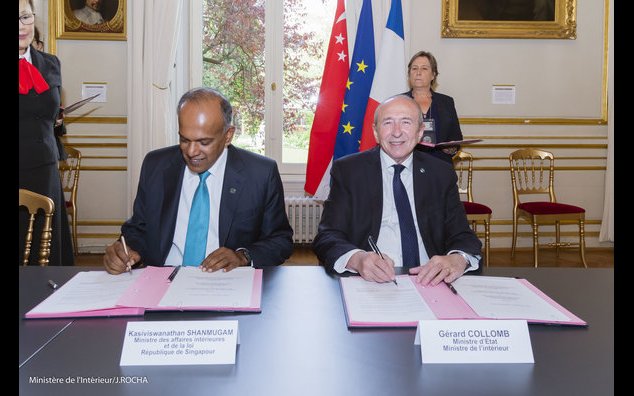 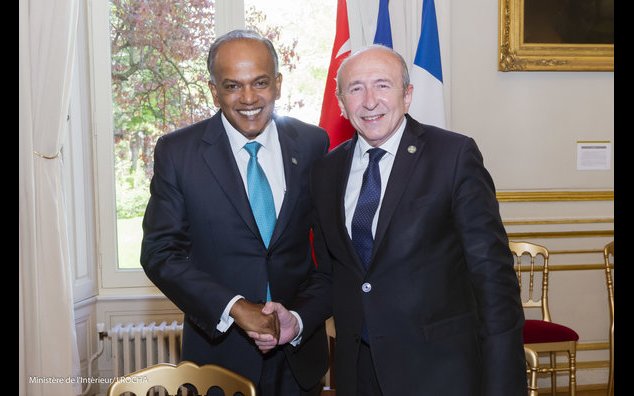