Cofounded by French entrepreneurs Fabrice Tranier and Sofian Meguellati, AVANTGARDE is a 6-month growth acceleration programme that supports French Tech scale-ups in entering Singapore and South-east Asia markets. The French Accelerator programme will make its debut in Singapore in the first quarter of 2019 with a first batch of 5 startups .

Home to over 640m people, South-east Asia offers plenty of growth opportunities for startups. The year 2017 saw South-east Asian startups strike a record US$7.8 billion in disclosed funding deals. With over 800 members, the French Tech Singapore community, officially launched in Singapore by Minister of State for digital sector Mounir Mahjoubi, is a reflection of the dynamism of the French entrepreneurs and startups in Singapore and in South-east Asia.

"While the region benefits from an integrated economic model - the ASEAN - each market is different" says AVANTGARDE Accelerator which partners with 30 experts in distribution and technology from 6 countries to support the selected startups in 4 areas: e-commerce/retail, fintech, manufacturing and smart city.

This programme will see a team of experienced entrepreneurs supporting the selected startups in the major steps of the acceleration to end up with the operating of a subsidiary: creation of the regional office in Singapore, PR and Marketing plan adapted to the market, lead generation, sales meeting and events, closings and product delivery.

The applications are now opened for a first batch of 5 startups (1Q 2019) with these main criteria: post series A startups willing to open a subsidiary in Southeast Asia. 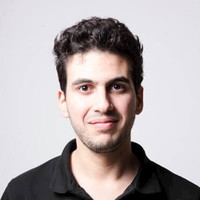 With a track record of tech startups global scales since 2001, Fabrice Tranier and Sofian Meguellati met in “Silicon Sentier”, the parisian startup district in 2013. Together, they participate in the creation of four startups accelerators. Sofian focuses on user acquisition and business development while Fabrice reinforces products and technologies.

Since 2015, they have shared their entrepreneurial experiences via two activities. The first one is Le Sentier, an NGO that promotes entrepreneurship and brings it to newbies: merchants, citizens, public institutions) and the second one is Hack40, an MNC transformation accelerator.

In 2017, as they are deploying their activities in Asia, they spend 12 months thinking and framing the AVANTGARDE programme. The startup ecosystem can use this powerful Asian platform to help French startups guarantee their success.