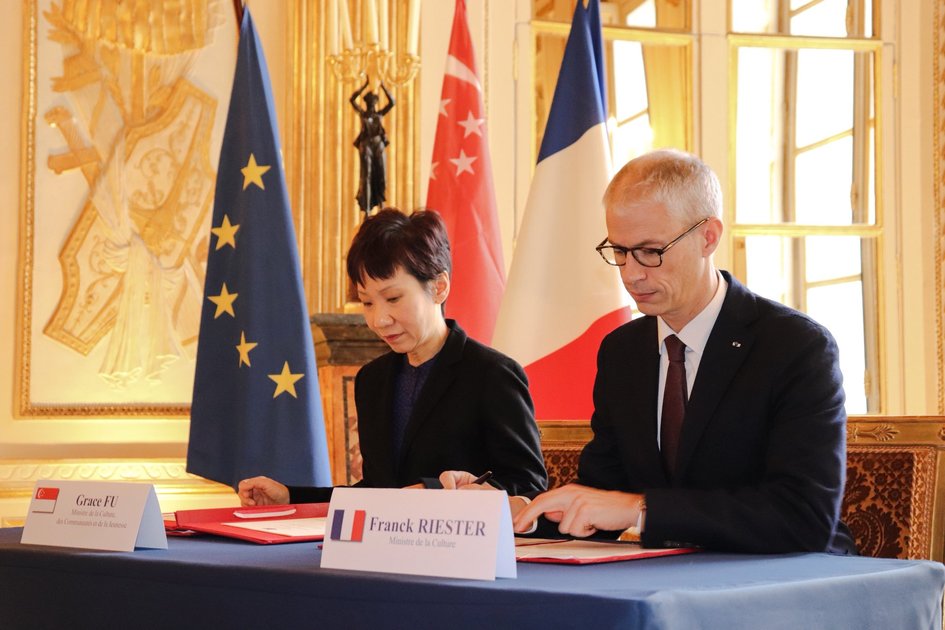 2019 marks the tenth year of the 2009 Agreement between Singapore and France on Cultural Cooperation between Singapore and France. The agreement was signed in 2009 by then-Minister for Foreign Affairs George Yeo and then-Minister of Foreign and European Affairs of French Republic Bernard Kouchner. Since then, cultural institutions and practitioners of Singapore and France have worked closely together on mutually-beneficial exchanges, exhibitions and other events such as the Singapour en France – le Festival in 2015 and various editions of the Voilah! France Singapore Festival. These platforms have provided opportunities for both countries to learn from one another and showcase the best of their respective arts and cultural offerings.

The 2019 agreement builds on the 2009 agreement and underscores Singapore’s and France’s shared commitment to further developing and strengthening cultural and artistic partnerships in the arts and heritage sectors. This will include collaborative exchanges between France and Singapore, artistic exchanges in the areas of visual arts, performing arts and literary arts, and knowledge sharing between our museums.

Minister Fu said, “The collaborations Singapore and France have had over the past 10 years created many exciting opportunities for artists and creatives of both countries, and brought new and varied offerings to audiences in both countries. With this new agreement, we hope to explore even more projects that will support efforts to enrich our respective arts and cultural scenes, and develop capabilities among our cultural and creative practitioners. France is widely respected for its rich artistic and cultural heritage. We look forward to learning and working with them in areas such as museology and digital innovation, to the conservation and preservation of heritage.”