The France-Singapore Year of Innovation officially kicked-off this week with French Minister for Higher Education, Research and Innovation, Frédérique Vidal’s visit to Singapore (21-23 Jan) aimed at strengthening ties between both countries’ innovation ecosystems through research, science and start-up collaborations.

Across the joint Year of Innovation, France and Singapore vows to highlight and enhance their scientific and research partnerships, bolster the research-business-start-up continuum and promote both countries’ attractiveness.

Accompanied by chairmen of top French research institutes and universities as well as industry key players, Minister Vidal delivered a speech at the Global Young Scientists Summit (GYSS), one of the Year of Innovation key events attended by young researchers and world-renowned scientists, including French Physics Nobel laureate Claude Cohen-Tannoudji. 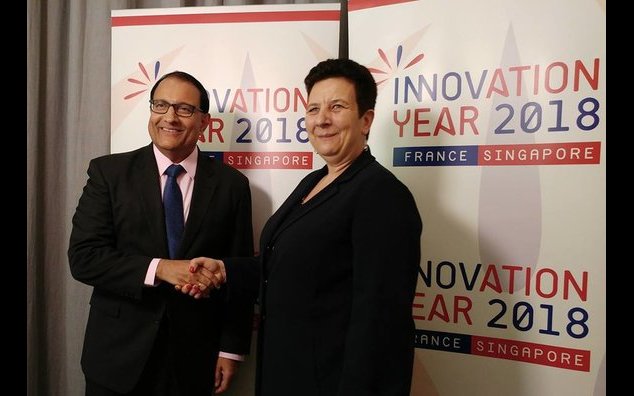 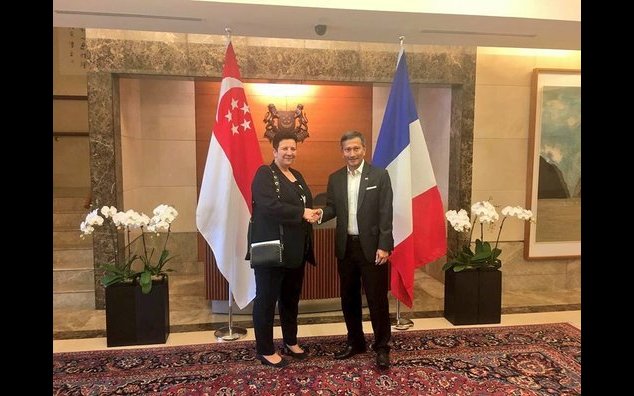 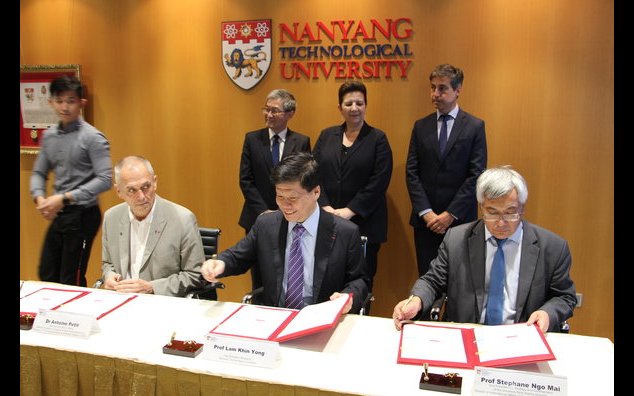 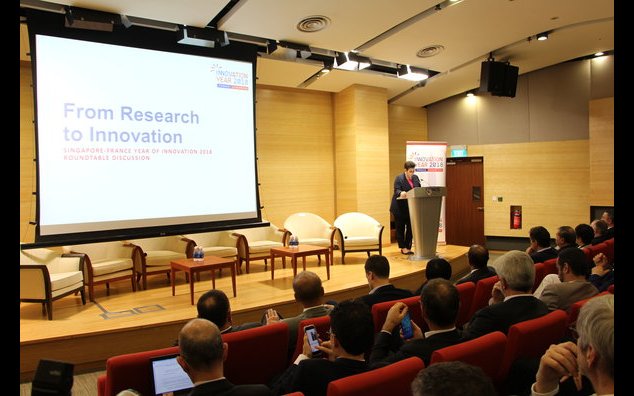 Minister Vidal officially launched the Year of Innovation during a roundtable with Senior Minister of State Puthucheary on 23 January at the National University of Singapore in front of 150 researchers, students and professionals. The discussion, led by French and Singaporean key stakeholders, focused on how to effectively make the transition from research to innovation, and confirmed the lines of cooperation between France and Singapore and their advantages in this area.

During her visit, Minister Vidal witnessed the signing of several agreements reinforcing France and Singapore cooperation such as the renewal of joint labs between (CINTRA, Majulab) and the scientific collaboration between French Technological Research Institute (IRT) SystemX and Nanyang Technological University (NTU) on the Autonomous Vehicle Simulation and Validation (ASV) project.

Minister Vidal also visited Impact Hub Singapore to learn more about one of the events in the year’s lineup – the collaboration between the Infocommunications Media Development Authority of Singapore, Numa, and Impact Hub, to bring the DataCity programme here.

France aims to continue the development of joint French-Singaporean laboratories by enhancing existing collaborations and by helping other high-profile French research institutes to set-up partnerships in Singapore, among them are National Institute of Health and Medical Research (INSERM) in the field of chronic and infectious diseases and Institute for Research in Computer Science and Automation (INRIA) in particular in the area of Artificial Intelligence.