It ensures the promotion of French defence policy, communicates Singapore’s defence policy and drives the bilateral relations between the Ministries of the two countries. It is led by the Defence Attaché, a superior officer who forges the ties between France and Singapore in the military sphere. 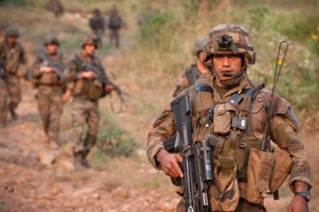 Under the Ambassador’s authority, the Defence Attaché represents various roles for the Ministry of Defence in the country he is accredited to : Chief of Staff of the Armed Forces, general delegate for armement, Head of strategic affairs, Head of military intelligence, Head of legal affairs...His role is to maintain, develop and promote French defence interests in the country he is accredited to, both with local authorities as well as with other countries operating locally. 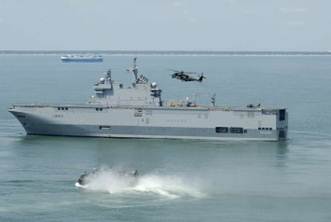 The Defence Mission is the local representative of the French Ministry of Defence for French defence companies.

The mission of the General Direction for Armement (DGA) is :

to promote armement exports : major part of French industrial policy -as much on the control aspect for French international engagements as onthe economic aspect for the development of defence entreprises (1/3 of the activity of French entreprises in this industry in the past ten years). Links : http://www.defense.gouv.fr/dga/international2/exportations http://www.defense.gouv.fr/salle-de-presse/dossiers-de-presse/rapport-au-parlement-2014-sur-les-exportations-d-armement-de-la-france

Day of Defence and Citizenship (JDC) Since its suspension by the 1997 law, the military service has been replaced by the process of citizenship.....lire la suite

For more information and the latest news, click on :