Home > The Embassy > News > 50 French startups to be present for the SWITCH & Singapore Fintech (...)

The SWITCH Singapore and SG FinTech Festival commences on 11 November. A record number of 50 French entrepreneurs and startups, part of La French Tech, will attend the event together with officials from Bpifrance, Banque de France and French Chamber of Commerce in Singapore and Business France 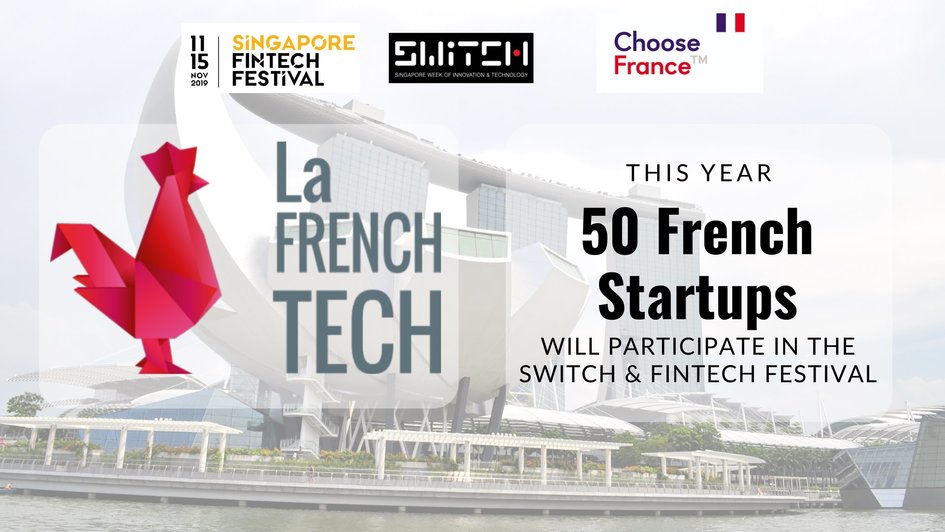 This week, we see the start of the Singapore FinTech Festival (SFF) and the Singapore Week of Innovation and Technology (SWITCH) from 11 to 15 November. SFF is the world’s largest platform for the FinTech community to connect, collaborate and co-create.

This year, the French Tech Singapore community is bigger than ever. There will be 50 entrepreneurs and startups who will be showcasing their innovation at their respective booths, giving the French delegation a strong presence at the event.

To find out more about the 50 French startups attending the event, download the French Tech - SFF x Switch booklet here.

Created a few years ago by a handful of French entrepreneurs, the French Tech Singapore (FTS) is today one of the most vibrant French Tech communities you can find in Asia with a hundred active French entrepreneurs. It is also a key contributor of the tech ecosystem in Southeast Asia with regular events opened to all. The French Tech Singapore can rely on the growing cooperation between France and Singapore innovation ecosystems to boost their presence in Singapore because of numerous agreements signed during the joint Innovation Year 2018.

More about the SWITCH.